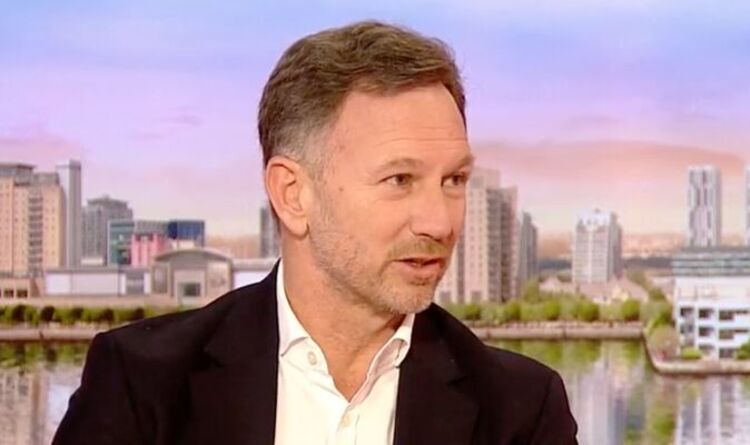 Red Bull team principal Christian Horner has insisted that every Formula 1 team on the grid stands in solidarity with Ukraine in the face of the Russian military invasion of the country. This year’s Russian Grand Prix has already been canceled by the organisation, while their contract with the event promoter was torn up last week to ensure there are no future races in the country in the light of recent events.

Ukraine was invaded by land, air and sea late last month after Russian troops were given the green light to launch a large-scale military operation by President Vladimir Putin.

A number of world leaders have since condemned Putin’s actions accusing him of breaking international law and hitting his country and government with a number of heavy penalties.

The sports world also rallied behind Ukraine after a selection of international organisations, teams and athletes chose to boycott Russia in the days after the invasion began.

However, the FIA ​​has decided not to follow this trend by deciding that Russian and Belarusian drivers and teams will not be banned from participating in events.

Horner, however, has since insisted that all F1 teams are firmly opposed to war in Ukraine.

JUST IN: Verstappen admits he might have ‘more motivation’ to beat Hamilton

The Red Bull chief appeared on BBC Breakfast on Monday to shed light on the common views that were discussed at a meeting that took place to decide the fate of the Russian Grand Prix last month.

“Sport is almost irrelevant at a time when you see what is happening like this. Certainly Formula 1, all the teams, took a very strong position the last time we were all together about 10 days ago .

“We knew we had to take a strong stance on this and obviously the Russian Grand Prix was cancelled, the contracts come up.

“The team that had a Russian sponsor [Haas] and Russian driver [Nikita Mazepin] decided to remove the driver, so it’s very difficult.

“Formula 1 as a community will come together and seek to do something positive [to support Ukraine]we are all together.

“It’s not often that we all agree on something, but it’s something where there is absolutely unification across all teams and all participants.”

Horner’s comments were recently echoed by none other than Lewis Hamilton, who stressed the need for F1 players to take a stand against Russia following recent developments in Ukraine.

“When we see injustice it is important that we stand up against it,” he wrote on Instagram late last month.

“My heart goes out to all brave Ukrainians who face such terrible attacks for simply choosing a better future.

“I stand with Russian citizens who oppose this violence and seek peace, often at the risk of their own freedom.

“Please stay safe everyone. We are praying for you.”

TechCabal Daily – The fruits of the apple 🍎