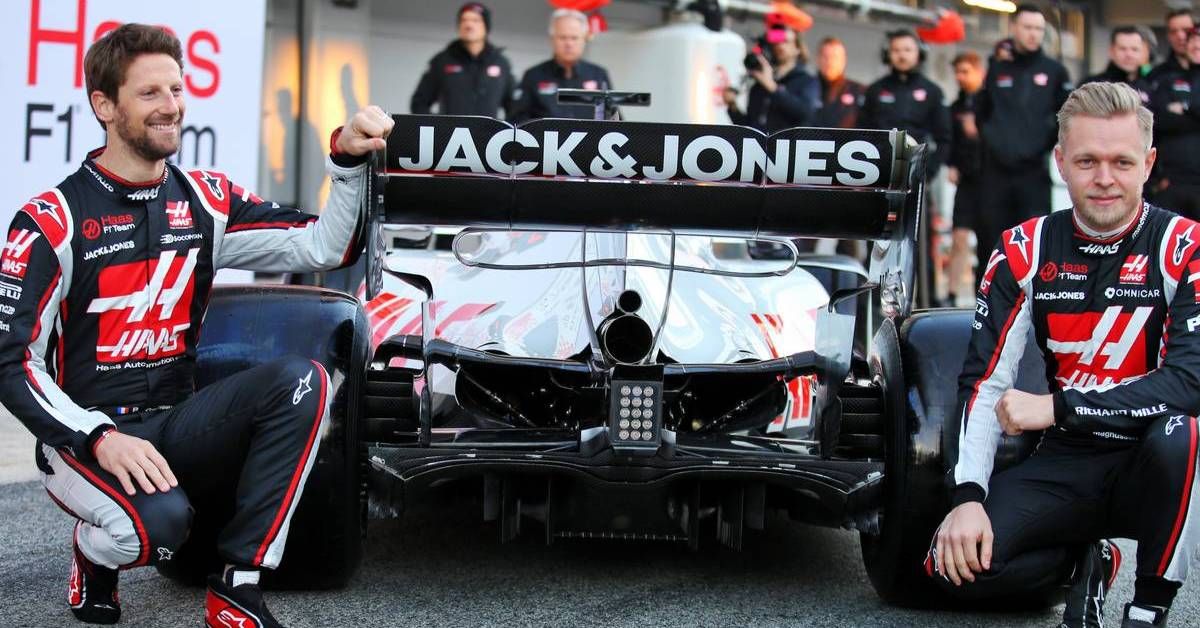 Founded in April 2014 and with an impressive debut in 2016, the Haas F1 racing team became the first US-led team to grace the racetracks in the past thirty years. Founded and owned by industrialist Gene Haas, the Haas Formula LLC but competing as a Uralkali Haas F1 team is based in Kannapolis, North Carolina, USA.

The Haas F1 team had originally scheduled their debut at the start of the 2015 season, but held them until 2016. The team has a sister team, Stewart-Haas Racing, a NASCAR championship-winning Gene Haas team, also based in the same head office in Kannapolis. They also have a factory in Banbury, UK.

Haas F1 team owner Gene Haas entered Formula 1 with an entirely different model, particularly a low-cost model that allows small and new teams with limited capital to enter the sport and to start competing. However, his approach was met with criticism from small private teams who had invested in their infrastructure. Regardless, Haas continued its initial partnership with Ferrari. They supplied the engine and he worked on the chassis.

Now let’s take a look at the team’s progress since their 2016 Australian Grand Prix debut.

Grosjean continued his impressive start, finishing 5th in the race that followed in Bahrain. The team, however, couldn’t keep up the pace for the remainder of the season, going forward to score points or just three more times. The team finished 8th in the Constructors’ Championship, with Grosjean scoring all 29 points for the team, making it the best start of the century.

Grosjean’s 6th place in the first race this season allowed the team to put in their best efforts in qualifying. This time around, Kevin Magnussen replaces Gutierrez and runs alongside Grosjean. The following race saw Magnussen finish 8th, scoring his first points and the team’s first point since the United States Grand Prix in 2016.

The team got their first double points in Monaco, where Grosjean finished 8th and Magnussen finished 10th. The team finished 8th in the constructors’ championship for the second time.

In their new VF-18, Haas secured their best positions on the starting grid, with Magnussen and Grosjean starting 5th and 6th respectively. However, after unveiling their VF-18, the contestants demanded an investigation. The reason being the resemblance between the VF-18 and the Ferrari SF7OH of the previous year. But that didn’t stop Haas from having a competitive weekend.

Romain Grosjean and Kevin Magnussen remained in the Haas crew for the third year in a row. Magnussen finished 6th in the opening race in Australia, which turned out to be Haas’ best performance of the season.

The team then scored their best combined results of the season, finishing 7th and 8th. It wasn’t the best season for the team as Haas finished 9th in the Constructors’ Championship with just 28 points. Their worst result since their debut in 2016.

Luck still hasn’t shone in the squad, as their worst performance continued this season. Grosjean and Magnussen remained in the lineup for Haas, scoring two points all season; Magnussen 9th in Hungary and Grosjean 9th in the Eifel Grand Prix Constructors’ Championship Haas finished 9th.

Grosjean later survived a near-fatal accident at the first round of the Bahrain Grand Prix, where he collided with Graniil Kvyat and crashed into the barrier, causing his VF-20 to split in two and a fire. He escaped with just a burn to his hand and was subsequently hospitalized.

The end of the 2020 championship saw Magnussen and Grosjean leave the Haas team as their contracts were not renewed. This time the team searched for fresh blood and replaced the former with Mick Schumacher, the son of seven-time Formula 1 champion Michael Schumacher, and Russian 2020 Formula 2 champion Nikita Mazepin.

NEXT: Formula One Drivers Express Concerns About Bahrain’s ‘Outer’ Track

This is the coolest feature of the Pagani Zonda

We took a look at the rare specimen to find out its best feature along with some other interesting facts about it, and that’s what we found.

Nicholas Latifi: “It’s an incredible result for the team, and I’m so happy for us”