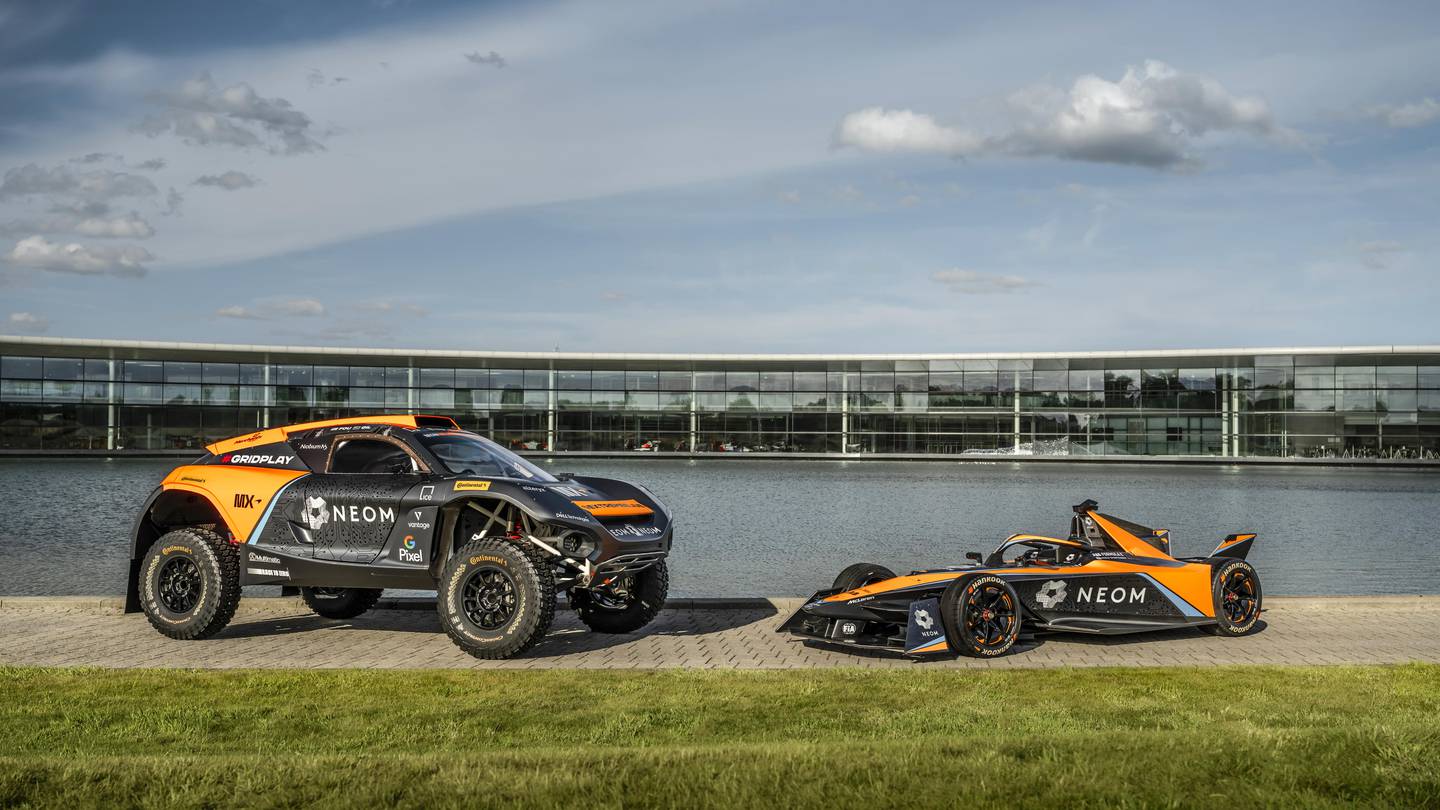 Neom, the futuristic megacity under construction in Saudi Arabia, has signed a strategic agreement with McLaren Racing to foster sustainability in motorsport.

The partnership comes as the two companies look to grow the electric motorsport scene and ahead of McLaren’s debut in the next Formula E season, Neom said in a statement on Monday.

Under the agreement, Neom will be the title partner of McLaren’s E Teams and the combined units will be known as Neom McLaren Electric Racing, with the Neom brand to be carried across all McLaren E Teams assets, says the communicated.

Formula E team Neom McLaren will be formed by acquiring Formula E team Mercedes-EQ – the sport’s reigning champions – in a deal expected to be finalized later this year.

The deal will also make McLaren Racing a founding partner of Oxagon’s Research and Innovation Campus, the new industrial city on the sea that will anchor Neom and is set to be “the largest floating industrial complex in the world”. Oxagon’s research and innovation campus will offer facilities in its laboratory, office and business spaces.

“The partnership will allow us to share our collective resources and experience to achieve exciting results, not only for our own organizations, but also for the broader automotive and sports industries.”

The motorsport industry is rapidly moving towards more sustainable alternatives, including through the use of electric vehicles.

Formula E’s premier global racing event was first held in 2014, and in 2020 it was granted world championship status by the motor racing governing body FIA.

The industry has since grown in popularity, with the ABB FIA Formula E World Championship, as it is currently known, attracting record global viewership during its 2020-2021 season.

The global electric sports car market is expected to reach approximately $232.5 billion in 2025 at a compound annual rate of nearly 19%, according to the latest available data from Research and Markets.

The town of Neom will be powered by clean energy, officials say. Photo: Neom

As part of the agreement, Neom and McLaren Racing will also launch a program in 2023 that aims to support engineers and students, with 20 students from Neom’s graduate program participating in a one-year internship at the center of McLaren Racing in the UK.

“We are delighted to work with Neom to nurture talent and drive innovation. Working with Oxagon will enable us to make meaningful contributions through our accelerator program and help develop advanced, clean industries,” said Brown.

Neom was also the location of the inaugural race for Extreme E’s second season in February. The event helped raise awareness of the challenges posed by climate change and the need to continue to develop sustainable motorsport technologies in the region.